Artisan of the Month-Mosaic Artisan

I initially had little interest when a friend asked me to join her for a tour of the
Mosaic Museum at the Vatican. I have been fortunate to have experienced in my
travels some of the most amazing masterpieces in mosaic art from the
mesopatanian style of fused glass, worn out pebbles, stones and ivory seen in the
ruins of Pompeii, to the finest and most extensive display of roman style of mosaic
in Villa Romana del Casale of the Piazza Armerina in Sicily. Thanks to the excavators
who in 1950 were able to uncover, buried by a landslide in the 12th century,a 60
meter long hunting scene of a country retreat and the famous 10 bikini girls in
mosaic designed that one can see these treasures. It was a form of art made to
amuse the host and entertain the guests of Villa Romana. The bright colored
marble and stone, was not only decorative, but told a story as well as it provided a
means to define one’s status.
Visiting Sicily, a heaven of mosaics, I enjoyed in Cefalu on the northern coast, the
global age of a new style as well as the Cathedral of Monreale, outside of Palermo
where there is the most concentrated display of opulent designs of gold grounded
mosaic covering the walls and ceilings of the Cathedral. Then there is in Venice the
interior of St Mark’s Basilica, clad in elaborate golden tesserae, individual tiles,
expressing another style of mosaic art.
One cannot discuss mosaic without noting the city of Ravenna, the capital of the
Western Roman Empire, 402-476, with its unique collection of early Christian,
artistic and religious displays of the late roman style which led into the Byzantine
style of art.Ravenna became the center of mosaic making in the capital of
Byzantine Italy and mosaics reached its greatest height with the intricate and well
defined patterns showing animals, scenery, as well as religious stories.
This labour intense art of arranging little tesserae soon gave way to frescos which
created a decline in mosaic art until the popularity of modern mosaics by architect
Antoni Gaudi and his art noveau of 1930. Gaudi’s style of mosaic art, incorporating
broken pieces of glass, dinnerware, and any other building material possible to
cover buildings, walls and houses with small as well as massive pieces of anything
was not my favorite.His work can be seen in Barcelona, Spain, such as in the Casa
Chinese, and Guell Park.Although Gaudi used different materials,the technique used throughout the centuries is the same.
I always appreciated mosaic art when viewing masterpieces of yesterday, but it
was not until I toured the Vatican Museum of Mosaic that I could begin to
comprehend the intricate work, the skill and patience of the artist, the time and
effort needed to create masterpieces. I am so grateful to Elaine Vasquez for
inviting me to join her and her friends for a personal tour organized by an amazing
guide,the Director of the Museum, Paolo Di Buono. 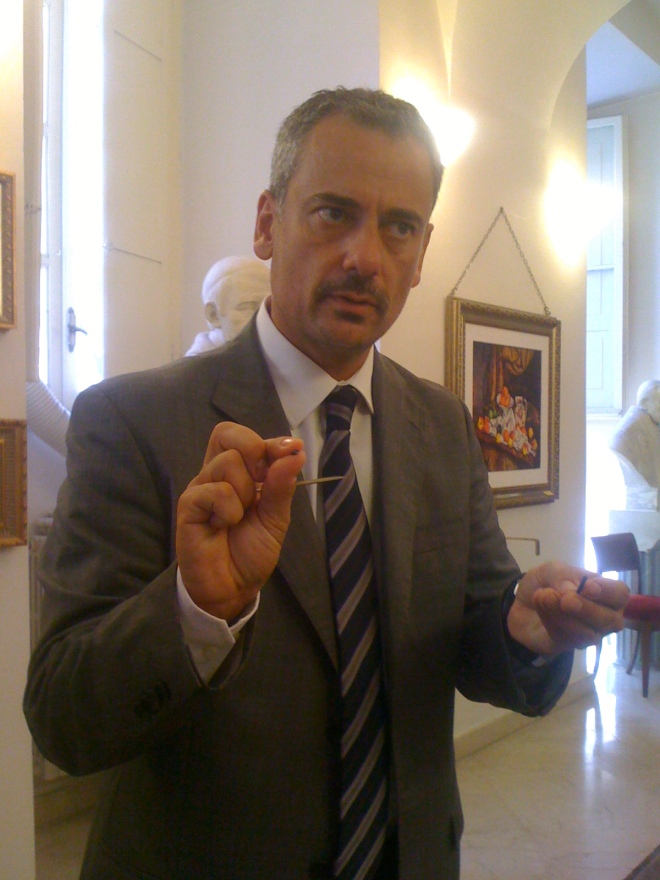 The director of the Vatican Mosaic Museum

Storage of some 28.000 pieces of material taken from old works in mosaics, available for new works

Small pieces of glass to be cut and melted down 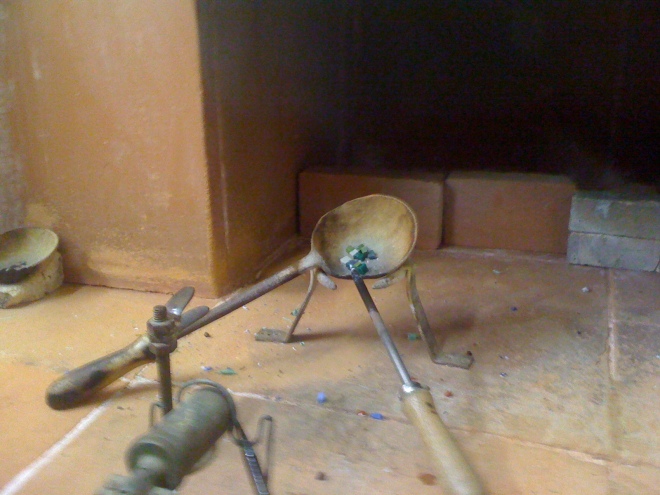 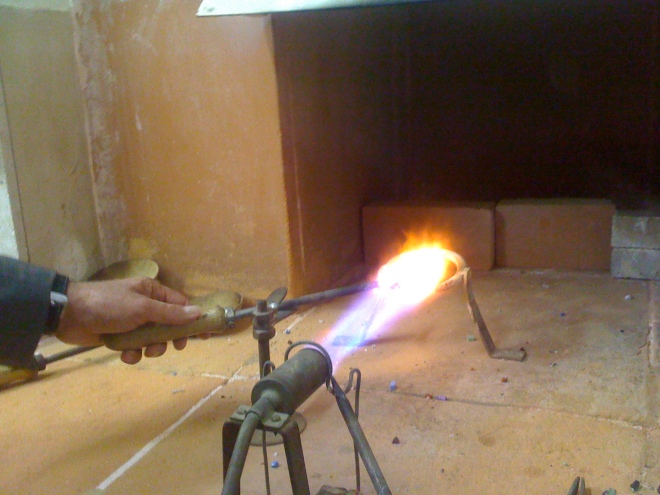 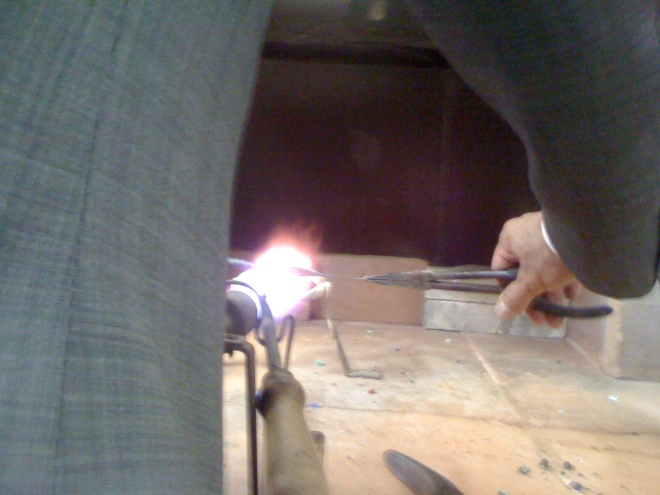 The glass pieces are heated up to 800 degrees to arrive at the unique tone and color desired and stretched to meet the desired size. Pieces the size of pin tops are used for refined mosaic art.

The Madonna masterpiece is a wonderful example of art made with pin top size pieces of glass tesserae.

Masterpieces of art are copied and made into mosaic art. It is hard to distinguish the difference as seen here. The director informed us that this small sample of mosaic art could take two months to complete, working tediously 6 hours a day. This leads one to appreciate more than ever the miles of mosaic covering the walls, floors, ceilings of churches, basilicas, museums, homes and various buildings which took years to complete.